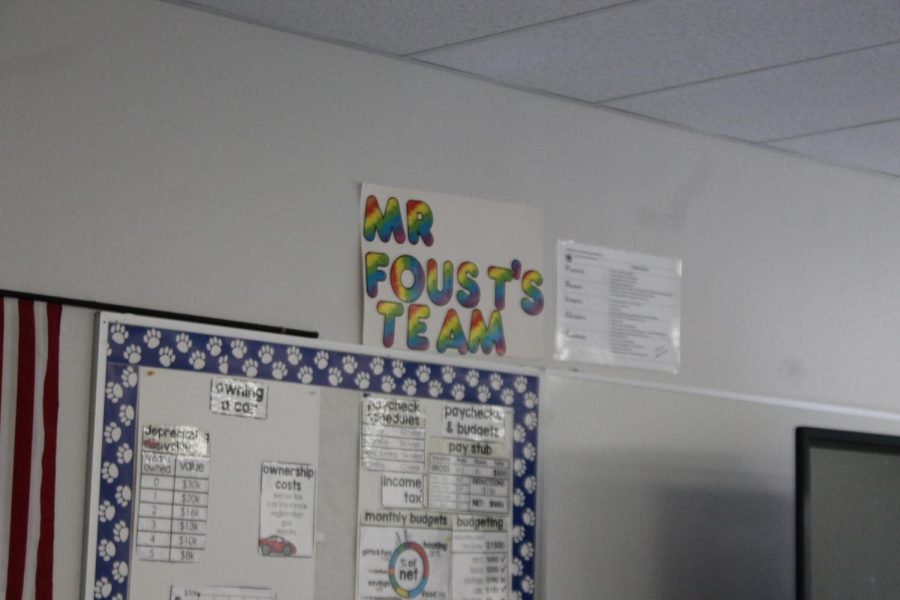 When you hear the word “Trivia,” you may think of shows like Jeopardy and America Says. Which you are correct. Trivia is a test of your knowledge of a certain topic and the difficulty of said topic. What if I told you that there is a version of such an idea in our school? Introducing Academic Olympics! The school’s version of Jeopardy located in room 7-215! What is the club all about? It is time for a quiz, kiddo.

So, what is the Academic Olympics? The Academic Olympics is the school gameshow without the television show aspect. Its existence is based around the trivia of core curriculars, like mathematics. The purpose is one simple reason. Competition. Why the club is made simply for competition is summed by the host, Mr. Foust who says this “Why do we have a football team… Competition.” and this is the running goal for everyone in the Brain Team AKA the Academic Olympics. Everyone wants to try to get a one up of each other to have a fun friendly yet competitive game of what you know but without the grade.

As expected, some students will be discouraged or feel inadequate for such a club. Which they have no need to feel like that. The couple of common misconceptions include the student feeling as though they will not be able to contribute to their team. But, the club, despite being a friendly competition, is just a trivia of what you already know without punishment or reward. You are not required to answer the questions, as long as you enjoy yourself and maybe learn a thing or two, you are participating in your own way. Another misconception is that the Academic Olympics is just for smart people. If this were the case, then several other clubs around the country would be exclusive to people with high GPA’s. Anyone can participate, all inclusive, no matter what.

At the end of the day, whether you are looking for a brain power IQ measuring contest or just a fun game of trivia, the Academic Olympics is the only club in this school that can fulfill the needs of the students and teachers who do not like to study/need their students to study. No matter the reason, the Academic Olympics is here to teach and quiz you on all topics.