Sophomore, Lily Musick, was really 7’2”? When she moved here in 2013, she found a secret door in her room leading to an underground tunnel. She spotted movement so she decided to check it out. Lily eventually found a group of aliens, they dragged her into their ship and cut her legs off at the hip and replaced them with octopus tentacles. “I was not in any pain when they were chopping, but when they put on the tentacles it tickled a lot

Lily is now 5’ tall and living her life as a normal teenage girl. Lily has special contact with the aliens so she can inform them on the human life since they went back to mars after their mission of cutting Lily’s legs off. “It has been normal; the beginning was hard because I did not know how to walk with them. Now it is normal because I have learned how to hide them” 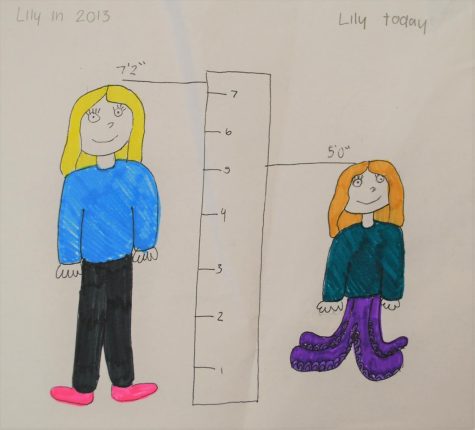