NPHS built on top of a graveyard

North Port high was built on top of a graveyard. Yes, it is true! North Port High school signed papers for the purchase of the Rosemary Cemetery for half the price, with 250 acres (about the total floor space of the Pentagon). The school is at the roots of the deceased, around 400 deceased are still buried under the learning high school students. Many of our retired students are buried just under the tennis court, such as Aesop Rock, an American hip hop recording artist and producer. Elisa Donovan, was a television and film actor, best known for her role as Amber Marien’s in clueless. These students loved north port high so much that they signed a contract for one of the tennis courts to be torn down and once they die, they will be buried there and because of their splendid accomplishments north port high school agreed to honor their work as the amazing bobcat that they were. 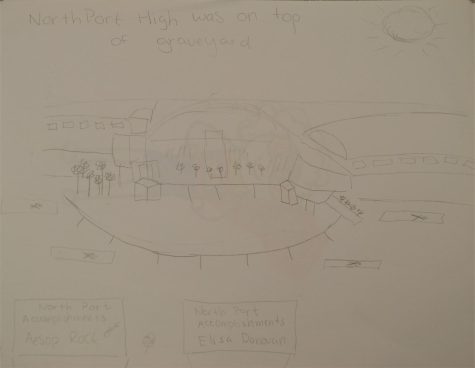