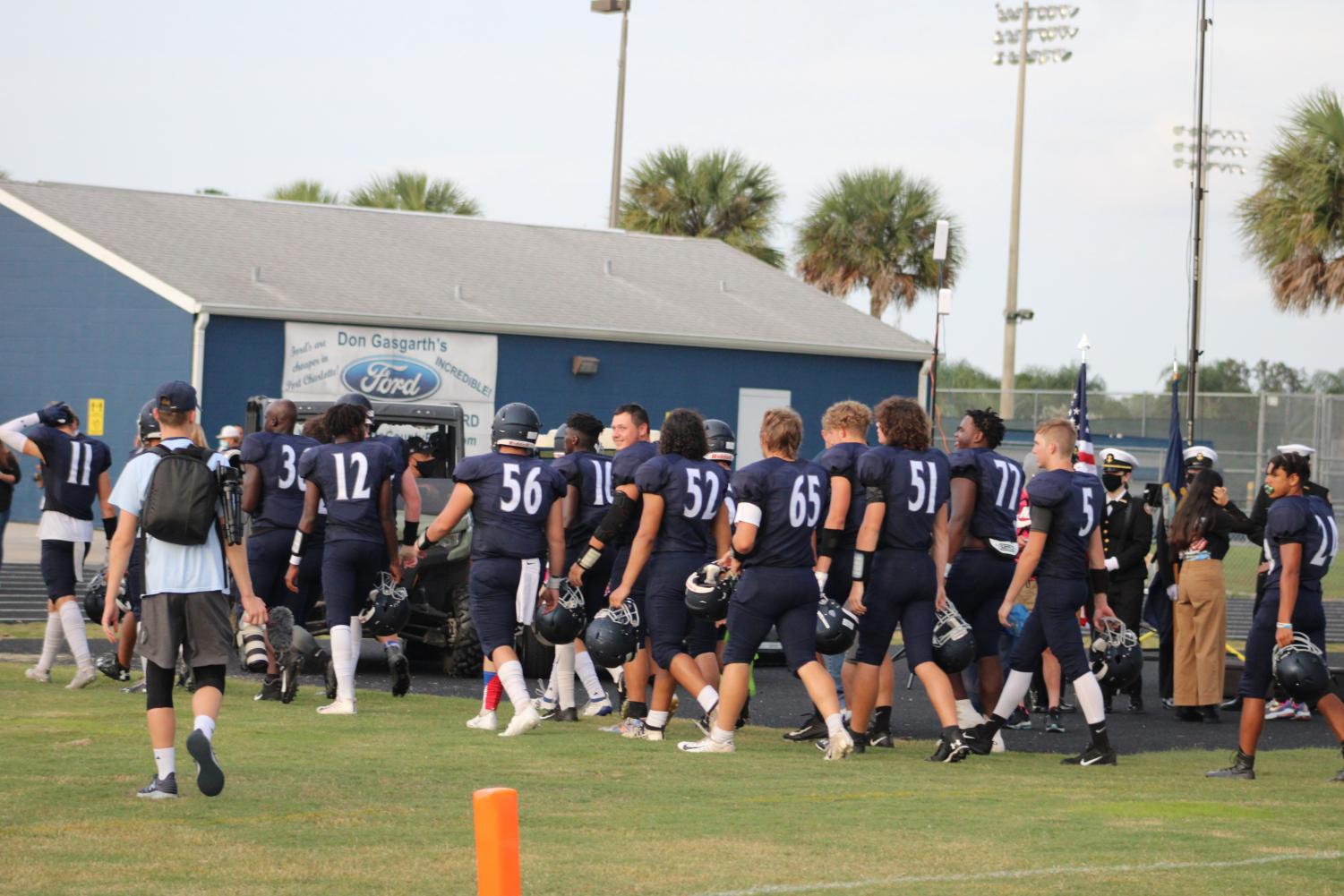 The Bobcat Varsity football team returns to the locker room. Thursday’s Game against Lakewood Ranch was cancelled just prior to start time.