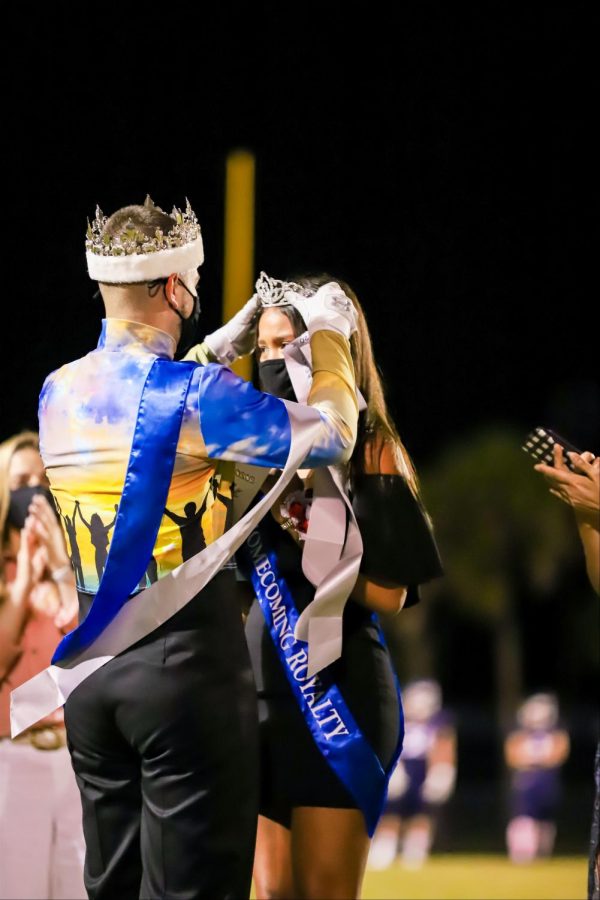 Despite the overall rough season, fans were drawn in by the homecoming game against Lemon Bay (7-1).

The Bobcats opened the quarter with a 12-yard gain by Jeremiah Laguerre, a prominent player on the team, who is only a sophomore but shows very high potential for the future. Kevin Riley, the Bobcat’s quarterback kept the quarter ablaze with a 16-yard run, quickly after. However, despite their best attempts, the first quarter ended with Lemon Bay up, 14-0.

The second quarter was not any better for North Port. Their faulty defense led to Lemon Bay scoring another 7 points.

At halftime, the moment finally came that everyone was looking forward to. Homecoming court winners. The winners are as follows:

This year’s homecoming king was Logan King, a four-time homecoming court member, AICE student and varsity athlete. Anticipation built as King walked down the field, passing by St. Jean, Schmitt and Sorrentino. Then, he crowns the 2021 Homecoming queen, Asia Blaszak. Blaszak is a varsity triple-threat athlete, playing soccer and running cross country as well as track and field.

After much congratulating, half time ends, and the game continues. During third quarter, North Port’s defense improves, and they stop Lemon Bay from scoring any points, however, they are unable to penetrate Lemon Bay’s defense and they do not score either.

The Bobcats despite giving their best efforts, lost the homecoming game, 35-0.